Now, on my 10th anniversary of being an expat, I feel very fortunate to finally be able to answer those questions. The answer is simple, yet complicated: I am an existential migrant, and always have been.

The Making of an Existential Migrant

Throughout their lives, existential migrants tend to make choices, have interests, and be influenced in ways that lead to their eventual decision to live abroad. “For some […] even in childhood they were making choices consistent with, and facilitative of, their future destiny” (Greg Madison, Existential Migration, 2006).

This summer, while visiting my parents in the home I grew up in, as I sorted through my elementary school documents, drawings and journals, I was struck by a running theme: proof upon proof of my love of travel and foreign cultures from a very early age. I suddenly realized that living abroad and traveling is my destiny, which felt like validation of the choices I’ve made and the unconventional life that I’ve chosen to lead. 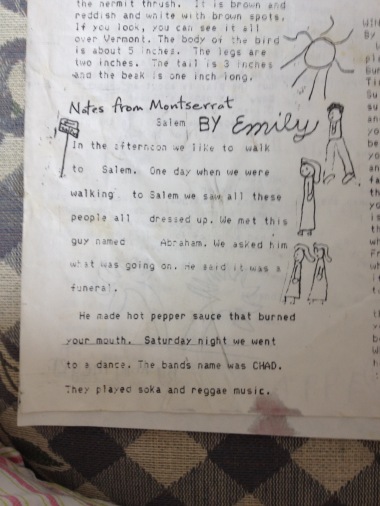 Now I must give credit where credit is due; I had role models that inspired and cultivated this love of travel and proclivity towards anything and everything foreign. Mrs. Stocek, my teacher from 1st to 3rd grade, had lived in The Philippines as a Peace Corps volunteer, and was a world traveler and xenophile of Asian cultures. Many of the women in my family (my grandmothers, my aunt and my mother) were passionate about travel and adventure; and thanks to my parents, I was able to have wonderful travel and cultural experiences throughout my childhood. Later, as a teenager, I spent my summers at an international summer camp or volunteering in Central America; I elected to study 3 languages in high school; I chose Texas for college, a state very culturally different from my own (Vermont); my senior year I decided to study abroad; and then, in 2006, I left the United States for good.

While it’s clear that family values, early experiences and personal influences had an impact on who I would become, we must also ask the question: could an existential need to travel and live abroad be genetic?

Case in point: another discovery I made this summer was that my maternal grandmother and I had both made the exact same scrapbook to commemorate the first time we had each lived in Europe. When I made mine in 2001, I had never seen my grandmother’s from the 1960s. When I saw it a few months ago, I was blown away by how eerily similar they were. We even started them in the exact same way (an academic acceptance letter). 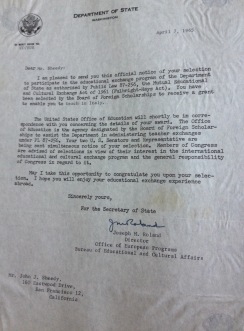 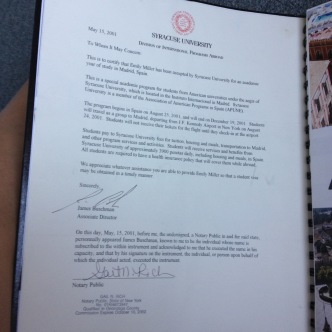 Among the items I found this summer was an envelope with letters and drawings that a local school in Montserrat (British West Indies) had sent Mrs. Stocek’s class at Union Elementary School in Montpelier, Vermont.

This interaction had come to pass through my friendship with a local girl, Antillia. Below is a photo of us (she’s standing to my right) on one of my various visits to her school. I recognize that my family trips to Montserrat as a child (every year from age 5 to 10) played a major role in my destiny as an existential migrant. Each and every visit was a huge experience and I carry those memories with me today.

Coincidentally, and to really bring the sense and energy of my story and life path full circle, after losing touch for 25 years, Antillia and I were reunited in London in October 2015.

So in response to the question “why?”, I can say that I now believe it was always in the cards. A combination of nurture and nature has made me who I am today. It’s amazing to look at your life and for everything to suddenly make perfect sense.